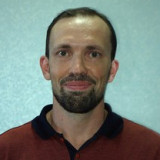 Сooperate with translation agencies focused on foreign customers and perform orders for established long-term customers as well. Among the large projects I have translated are:

- Collection of data by phone and email; composing, in Russian and English, Daily Progress Reports on Electrical Installation Works by Power Connection Teams for the “Astelit” company [previously known as mobile operator Life:)];
- Transferring to the new bilingual report form, a more perfect one, with the old reports for the period of July to December 2007 completely redone.

Free-lance translator for English-Russian, Russian-English
English into Russian/Ukrainian and Russian/Ukrainian into English translation and subsequent editing of the following data:
- operating manuals for industrial, office and domestic equipment;
- specialist literature on economics, law, construction; power, heating and electrical engineering, the by-product-coking, metallurgical, coal-mining, automotive and food industries;
- contracts for the sale and purchase of large lots of merchandise, immovable property and foreign companies' shares;
- companies' charters and apostilles;
- scientific articles for the Donetsk City Charitable Foundation “Dobrota”;
- an Integrated Fruit Production Guide for B.C. Commercial Tree Fruit Growers - 340 p.p.
- leading American research institutes' reports of and researches into, the uses of chemical agents in civil engineering [translated for OJSC “Oblautodor”];
- a (notary-certified) business project for CJSC “Yenakiyevo By-product Coking Plant”;
- companies' suits (e.g. for “Golden Ring” Shopping and Entertainment Centre and private persons;
- advertising booklets/fact-sheets for the large industrial enterprises of the region (e.g., for OJSC “Silur” - Khartsysk Steel Wire and Rope Works - and for OJSC “Khartsysk Pipe Works”);
- documentation packages for people going abroad for permanent residence;
- birth, marriage, divorce, surname change, school-leaving, etc. certificates, including those notary-certified; questionnaires; private CVs; recommendation letters, including those composed by myself; reviews of studies;
- physical and juridical persons' private and business correspondence;
- social and political texts from newspapers and magazines, as well as medical ones;
- students' term papers and degree works.
- proofreading/editing of already done Russian into English translations which were being provided by the Publishing Office “Novaya Pechat'”;
- searching, by the order of clients, for various data on the English Internet, with the subsequent translation of the same; translating websites;
- communicating with foreign business partners over the phone by the order and on the territory of, clients;
- consecutive interpretation from English into Russian and vice versa in negotiations with a US delegation, including on a production facility while unique equipment that had been made by the Scientific Research Institute for Automation, Donetsk, was on display;
- English into Russian and vice versa translation of specifications, drawing details, letters, etc. by the order of the Italian and Dutch metallurgical giant Danieli-Corus B.V., guiding Dutch experts at the large metal and manufacturing industry enterprises of Lugansk and Donetsk regions (ex., Alchevsk Iron and Steel Works and Mariupol "Azovmash" Works) when equipment was being started up and tested.

To assess my translation quality, please visit the web-site at: https://www.proz.com/profile/2572826

Nationality: Russian
No addictions; foreign passport available; have no car, nor a driving license.

Industrious; able to work both independently and as a team member; extremely assiduous [I often have to work by night due to lack of time in the day-time].